Sociological Institute of the Czech Academy of Sciences invites you to the autumn cycle of Thursday sociological seminars.

Navigating over-indebtedness in Czechia. Struggling debtors’ perceptions of personal bankruptcy/Resistance to (semi)peripheral financialization: the case of the Frankowicze 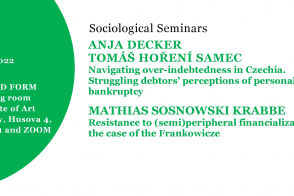 Sociological Institute of the Czech Academy of Sciences invites you to the autumn cycle of Sociological seminars. 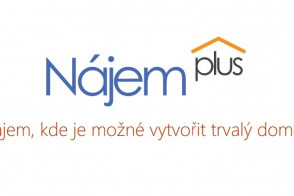 Political Apologies, their Content, and Protagonists: Experimental Evidence from Victims and Perpetrators Nations Political apologies are recognized as a feature of effective diplomacy, projections of soft power, and instances of transitional justice. They have been found to have a positive effect on justice, trust, and reconciliation. However, the efficacy of apologies has also been questioned. This talk examines the acceptance of political apologies, their content and the protagonists in the victim-nation, the perpetrator-nation, and their subgroups. Guided by studies on the structure of apologies, it distinguishes ten features of apologies, seven of which concern their content and three their protagonists. Based on the analysis of apology statements by Japan to South Korea, the paper further breaks these features (factors) down into 32 elements (levels). Their acceptance is examined in a randomized conjoint experiment, which was embedded in large online quota-based surveys in Japan (n=2,700) and South Korea (n=3,000). The analysis reveals the relative importance of protagonists over the content of apologies; and the possibilities for acceptable apologies for both nations. The analysis of subgroup differences showed that apology features are less important for its acceptance than contemporary perceptions and ideology in the perpetrator-nation; but more important than the role of gender and age.