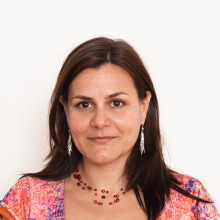 Hana Hašková, a sociologist, is a senior researcher at the Institute of Sociology of the Academy of Sciences of the Czech Republic and teaches at Charles University. She is a member of the editorial board of the interdisciplinary peer-reviewed journal Gender and Research. In 2016-2020, she was a member of an advisory board of one of the leading journals in sociology - Sociology (Sage). She is a recipient of the Otto Wichterle Prize for young scientists (2010). She examines the gender aspects of and links between changes to intimate lives, families and the labour market and explores the relations between the policies, discourses and practices of care in a historical and international perspective. She applies mixed method research and combines qualitative and quantitative research approaches. She was awarded an RTN Fellowship at the University of Groningen (the Netherlands) and a NewDem Fellowship at the Central European University´s Institute for Advanced Study. She has also been a visiting researcher at the Rutgers University (USA), McGill University (Canada), London School of Economics and Political Science (United Kingdom), University of Tampere (Finland) and the Vienna Institute for Demography (Austria). She has coordinated research teams within two international EU projects on gendered citizenship (FEMCIT) and women´s civic and political participation (EGG), and has headed research projects on childbirth, childlessness and changes in the life course. She is the author, editor and co-editor of several books and she publishes in international peer-reviewed journals regularly.

In 2002-2006, she coordinated the Czech research team in the international interdisciplinary research project Enlargement, Gender and Governance (5th FP European Commission), which explained the specific features of the development of the women’s NGO sector in Central and Eastern European countries and evaluated the impacts of the accession of these countries to the European Union on their implementation of equal opportunities policies.

In 2004-2006, she was the principal investigator and coordinated the research team in the research project The Phenomenon of Childlessness in the Context of Social Changes in the Czech Society (Czech Science Foundation). The project focused on the sociological and demographic analysis of childlessness and the postponement of childbearing in the Czech Republic in the context of sociodemographic changes in other European countries. In this project, she identified the factors that are having a growing influence on the prolongation of the period of childlessness today and demonstrated the relevance of the theory of gender equity for explaining the increasing share of childless people in the states of Central and Eastern Europe. Based on a qualitative study of childless men and women she created a new conceptualization of childlessness and the prolongation of the period of childlessness, which can be used in international studies of reproductive behaviour.

In 2007-2011, she coordinated the Czech research team in the international, interdisciplinary research project Gendered Citizenship in Multicultural Europe (6th FP European Commission). In the project, she focused on redefining social citizenship from the perspectives of its exclusion/inclusion of care, nationality and ethnic groups and gendered impacts. Based on a historical, sociological and discoursive-institutionalist analysis she introduced an alternative explanation of the differences and similarities of contemporary policies, discourses, and practices relating to early childcare in selected countries of Central and Eastern Europe. Moreover, she demonstrated the institutional and cultural embeddedness of current care policies, discourses and practices in the historical development of these countries.

In 2010-2013, she was the principal investigator and coordinated the research team in the research project Changes in Partnership and Family Forms and Arrangements from the Life Course Perspective (Czech Science Foundation). The research team conducted an extensive representative survey of the Czech population that contains event history data, and they also conducted 92 in-depth interviews. There are interviews with singles, men and women ‘living apart together’, mothers of dependent children after the break-up of various forms of partnership, parents of dependent children who are living in poverty, people caring for elderly family members, and female economic migrants from states of the former USSR to the Czech Republic. Instead of emphasising either a qualitative or a quantitative perspective, the research team applied both of them. Then they linked and combined findings from the qualitative and the quantitative analyses to explore and explain the changes in partnership and family forms and the problems of work-life balance in the Czech Republic. The research team studied the life course from a quantitative perspective, using statistical life history data, to reveal changing patterns in the timing and sequencing of life course transitions, and to explore their causal links and their consequences for the subsequent course of a person’s life. Moreover, the research team examined the life course also from a qualitative perspective, through life stories – biographical narratives representing how people experience and what meanings they attach to transitions and phases in life. The research team showed that several important processes have contributed to the current changes in the organisation of private life and how private and work life is combined. They identified individualisation, gender-conventional re-familialisation, and globalisation (including the socially stratified effects of the economic crisis) to be critical. These processes contribute to the growing pluralisation of life courses in the region. Alongside the end of the ‘universalism’ of the occurrence of certain life events in the life course and a weakening of the interconnectedness of some life events, this research project also reveals the increasing social stratification of life courses and helps to explain them. Changes to private life arrangements tend to be explained from two perspectives – cultural and structural. Measuring the influence of explanatory factors, however, can distract attention from the identities and experiences of the men and women whose actions contribute to these changes, and away from the dynamics of the complex processes that lead to these changes. This research shows that using the life course method to study social reality helps to avoid some of these problems. At the same time, it reveals the potential that a mixed-method life course research has for observing long-term social changes and illustrates one possible way of doing this. Focusing on the interplay of the historical dynamics of institutional changes and life transitions during the life of individuals enabled the researchers to analyse relations between action and social structures and thus help to explain contemporary changes in private life and the relations between private life and work.

In 2017-2019, she was the principal investigator and coordinated the research team in the research project Childlessness and one-child families: explaining the low fertility rate in the Czech Republic (Czech Science Foundation). The project enhanced knowledge on the causes, experience, and mechanisms that underpin sub-replacement fertility in a post-socialist context. It applied mixed methods research design and developed a longitudinal qualitative study to understand childlessness and one-child families as two different manifestations of sub-replacement fertility. The research identified situational, ideational, and life-course related factors that contribute to both, intentions to remain childless, and having one child, but also those that differentiate between them. The revealed lower proportion of unstable union trajectories among childless Czech men and women than in the “West” indicates the importance of the contextual explanations of pathways to childlessness. Intentions to progress to the second child and the progress to the second child were found to decline with the age of the first child (parents’ age controlled), higher age at first birth, union dissolution after birth, partnership dissatisfaction, work-life balance problems, and non-conventional partnership-reproductive trajectories. Results suggest that policies supporting work-life balance in the early years after childbirth may decrease the perpetual postponing of second births. A longitudinal qualitative study captured changes in childless persons’ identities over time, the mechanisms behind them, and stabilizing mechanisms in childfree couples. Contributions of the project include: introducing one-child families as a phenomenon to study and comparing them with childlessness; analysing childlessness and the parenting intentions of both men and women; explaining how mixed methods life-course research advances fertility studies.

2008 - an international intensive Ph.D. course on Gendered Citizenship in Multicultural Europe: The Impact of Contemporary Women’s Movements (in Prague)

2015 - an AZOLA international workshop (in Prague), which enabled an expert meeting on life-course oriented working time options in Europe, led by Christina Klenner and Yvonne Lott from Institute of Economic and Social Research - WSI (Germany)

2005 - thematic issue on women’s civic and political organising in Central and Eastern Europe (in English) - a peer-reviewed IF journal Czech Sociological Review (vol. 41, no. 6)

2015 - thematic issue on gender aspects of the life course (in English) - peer-reviewed IF journal Czech Sociological Review (vol. 51, no. 6)

2018 - thematic issue on intersectional research on social inequalities (in English and Czech) - peer-reviewed journal Gender and Research (vol. 19, no. 2)

Klímová Chaloupková Jana, Hašková Hana. 2020. The diversity of pathways to childlessness in the Czech Republic: The union histories of childless men and women

Hašková, Hana. 2004. Women’s Civic Participation and EU Enlargement Impacts on the Promotion of Gender Equality in the Czech Republic

Hašková, Hana. 2003. Czech Women’s Civic and Political Participation in the Process of the EU Enlargement

Saxonberg, Steven, Formánková, Lenka, Hašková, Hana. 2023. The role of experts in forming family policy under an adversarial subsystem in the Czech Republic

Klímová Chaloupková Jana, Hašková Hana. 2020. The diversity of pathways to childlessness in the Czech Republic: The union histories of childless men and women

Hašková, Hana; Dudová, Radka. 2017. Institutions and Discourses on Childcare for Children Under the Age of Three in a Comparative French-Czech Perspective

Hašková, Hana, Saxonberg, Steven. 2016. The Revenge of History – The Institutional Roots of Post-Communist Family Policy in the Czech Republic, Hungary and Poland

Hašková Hana, Pospíšilová Kristýna. 2019. Factors contributing to unfulfilment of and changes in fertility intentions in Czechia

Hašková, Hana. 2009. Structural and Value Influences on the Entry into Parenthood in the Czech Republic

Hašková Hana, Radka Dudová. 2021. Children of the state? The role of pronatalism in the development of Czech childcare and reproductive health policies

Hašková, Hana. 2011. Decisions on Re-Entering the Labour Market after the Parental Leave

Hašková, Hana. 2011. The Role of Work in Fertility Plans of Childless Men and Women in Their Thirties

Hašková, Hana. 2011. The Origins, Institutionalization, and Framing of Gender Studies in the Czech Republic

Klenner, Christina, Hašková, Hana. 2010. Variations of the dual earner model: a comparison of the Czech Republic and Germany

Hašková, Hana. 2010. Factors contributing to the decline in childcare services for children under the age of three in the Czech Republic

Maříková, Hana, Hašková, Hana, Uhde, Zuzana. 2009. Who Cares and Who Cared? Leaves, Allowances, and Facilities: Childcare Past and Present

Křížková, Alena, Hašková, Hana. 2008. The Impact of EU Accession on the Promotion of Women and Gender Equality in the Czech Republic

Křížková, Alena, Hašková, Hana. 2008. Gender (In)Equalities in Employment and Care in the Czech Republic during the EU Accession and EU Membership

Hašková, Hana. 2007. Fertility decline, the postponement of childbearing and the increase in childlessness in Central and Eastern Europe: A gender equity approach

Diversity of childcare attitudes and parenting practices: Their sources and outcomes

Gendering the pandemic: redefinition of care as a consequence of the COVID-19 crisis?

Who cares in Europe?

Parental Desires and Intentions of Czech Gay, Lesbian and Bisexual Men and Women

Childlessness and one-child families: explaining the low fertility rate in the Czech Republic